Red King Crab in Japan is caught only in the Sea of Okhotsk, in the east coast of Hokkaido, northern coast of Japanese Sea, and called as “Crab’s King”. As you understand, Red King Crab’s scientific name is “Paralithodes camtschaticus” (Kamchatka’s Crab) and its main fishing ground is Kamchatka, where is in Sakhalin’s north-east.
We discharge Red King Crab, Blue King Crab which is its same species and Snow Crab in Korea /in Hokkaido and sell them. 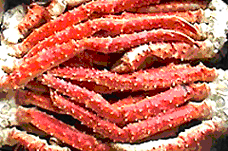 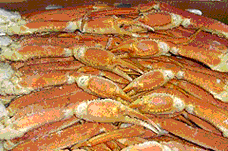 We deal in Northern Shrimp (Scientific Name – Pandalus eous) which is known as “Sashimi and/or as Sushi’s ingredients”, which live in the Sea of Okhotsk and in Bering Sea. 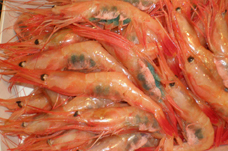 Red Salmon which is well known in Japan is caught in Alaska, in Canada, in Kamchatka (Russia). Species, which is caught in Hokkaido and is called “Autumn’s test” is officially named as “Chum” and in Russia is distributed throughout Kamchatka～Sakhalin.
Our company imports Red Salmon for Japan and sell them, and we deal Chum Salmon and Pink Salmon as raw materials for overseas. 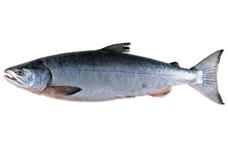 Greenland Halibut, of which spawning season is winter, is eaten as “boiled fish” and its edge’s part is called as “Engawa” and used as Sushi’s ingredients.
We deal in Halibut, caught in Northern Europe’s sea water, in the Sea of Okhotsk, Bering Sea and import and/or process. 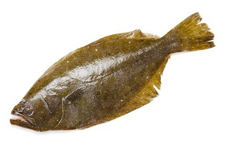 Pollack Roe is frozen quickly in Contact Freezer on board.
Our company works with inland’s processing maker, import Pollack Roe, Salmon Roe from Russia and sells them. 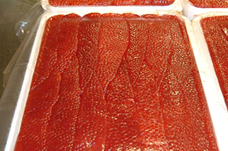 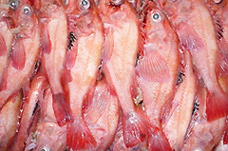